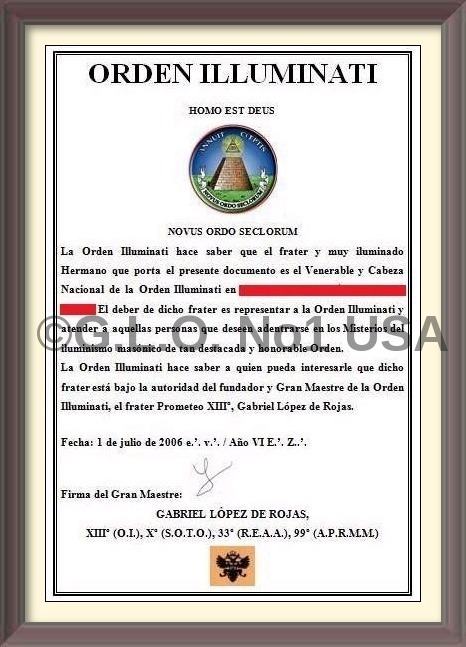 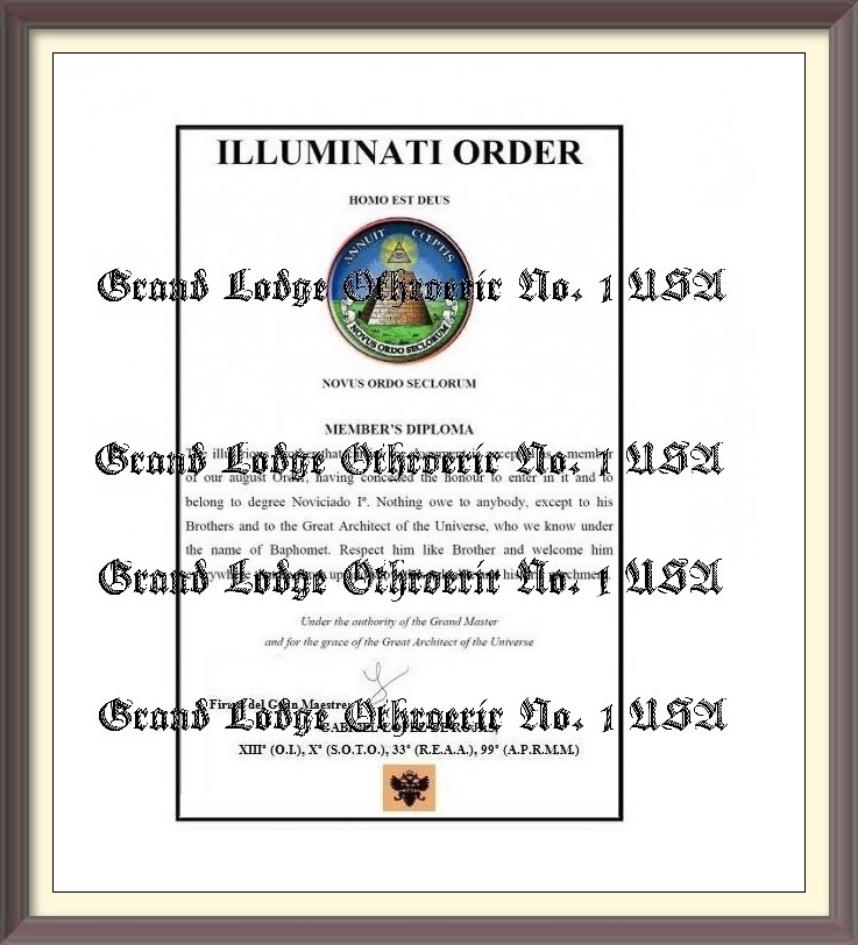 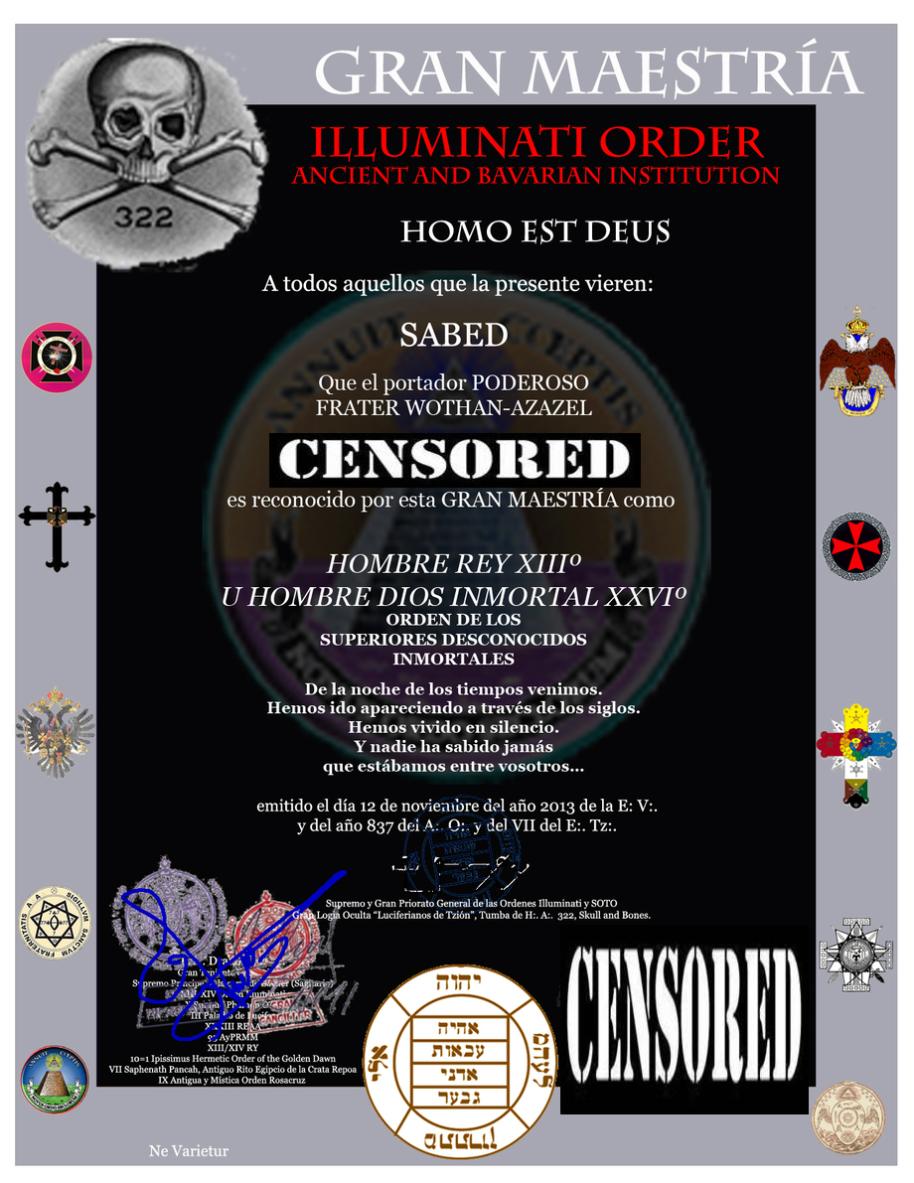 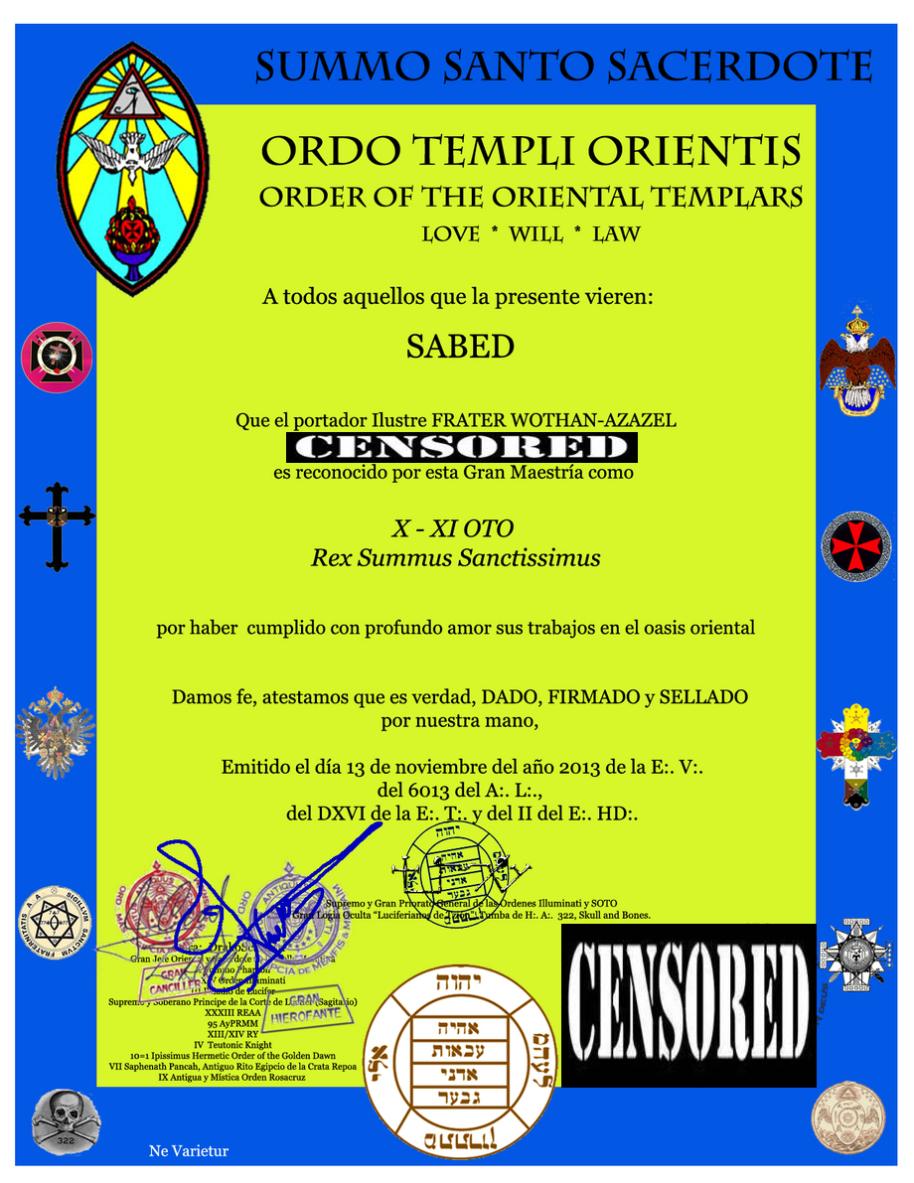 The Illuminati Order made known Frater and very bright brother carrying this document is the National Head Venerable Order of Illuminati in the duty of said Frater is to represent and serve Illluminati Order aquelllas people who want to delve into the mysteries of Illuminismo masanico so prominent and honorable Order. The Illuminati Order does know who may be interested that the frater is under the authority of established and Grand Master of the Order illuminati, Frater Prometheus XIII °, Gabriel Lopez de Rojas.

The Grand Lodge Rockefeller an order. L a matrix of the Order of the Illuminati in the United States started in New York, emerged from the creation of the Lodge Colombia of the Order of the Illuminati in 1785 and who joined the De Witt Brothers as governor; an ancestor of Franklin Delano Roosevelt, Clinton Roosevelt; Horace Greeley, editor of the Tribune; and Jefferson himself. Its name from the early twentieth century was Grand Lodge Rockefeller.

The presence in the United States of The Illuminati has remained for two centuries but enlightened organizations (The Order, Skull & Bones, The Shriners, Grand Lodge Rockefeller) remote from the beliefs of the Bavarian Illuminati, the Rite of the Illuminated ones of Bavaria and the Weishaupt teachings. 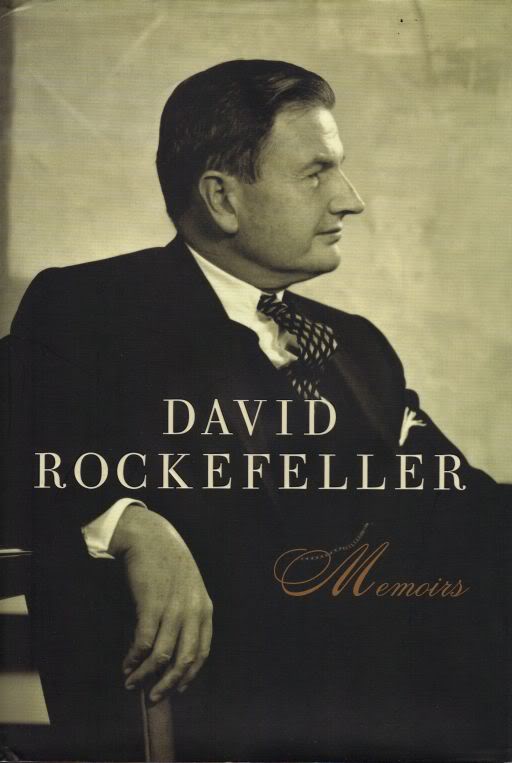 The Rockefeller controls a lodge
that bears his name. The photograph is
the patriarch of the family, David Rockefeller.

Its headquarters are in New York City, specifically near the Rockefeller Center also known as Rockefeller Plaza, a complex of 19 commercial buildings that hosts a multitude of shops and theaters with great reputation and a fountain with a huge sculpture of Prometheus. In Greek mythology, Prometheus (Greek ancient Προμηθεύς, 'forecast', 'prospecting') is the Titan friend of mortals, honored primarily for stealing fire from the gods in the stalk of a fennel stalk, give men for use and then be punished by Zeus for this reason. There is some analogy between the figure of Prometheus and Lucifer's figure.

In the top of the skyscraper Tishman appeared a huge sign with the 666 (number listed in the book of Apocalisis of San Juan and designating the Beast) until it was retired in 1992. In this building is also called for that reason :  666 Fifth Avenue  (666 Fifth Avenue). It was designed by Carson and Lundin and family Tishman by Tishman Realty and Construction built the tower of 1.5 million square feet (140,000 m2) in 1957. 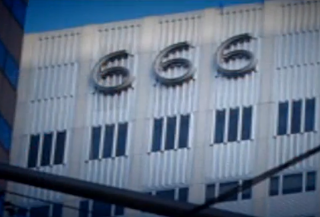 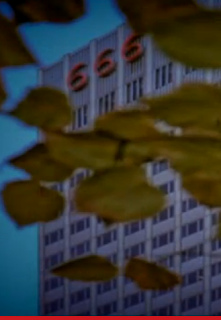 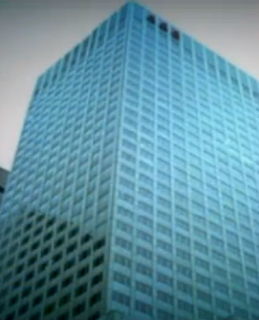 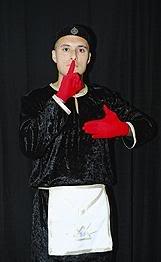 Gabriel Lopez De Rojas, Spanish Scholar And Citizen In Freemasonry, Secret Societies And The Occult, Contacted The Grand Lodge Rockefeller To Give Its Approval To The Creation Of The Illuminati Order In Spain Which Is Its Founder. A Paramasónica And Luciferian Order Is Related To The Bavarian Illuminati Founded By Adam Weishaupt.